One initial thought: While certain people get up in arms about using the MMP threshold system to gain representation, the real problem is how big parties can use it to deny representation… whether Internet Mana or Conservative. So RIP Internet Mana and even the Conservatives, who earned their right to air their lunatic views in Parliament with 19 times United Future’s votes.

Also, John Campbell is quite wrong to say the deaths of these two shows that “money cannot buy politics in New Zealand.” Who does he think pays National’s extremely successful PR people? What does he think is the force that keeps mainstream media so uncritical, anaesthetising, anti-intellectual, anti-policy and pro-National (despite his best efforts to work against that)? In fact, what it shows is that money is no substitute for good strategy, being in tune with dominant opinion in your society, and/or (in our unjust electoral system) support from a major party.

Anyway, onto how I was wrong…

Of all the blogs I’ve written, I think the most off the mark was this one where I said I was “(tentatively) happy about Internet Mana.” Second would be this one where I underestimated how bad Dotcom’s failure at the Moment of Truth was. I may have been wrong when I backed Cunliffe for Labour leader too, but I don’t know if it would have made much difference if Shearer or Robertson or Jones was in charge (probably the main difference would be that if Shearer had stayed on, there would have been a cleaner break post-this-election).

I still like pretty much everything I previously liked about Internet Mana. I still think the deal is ethically legitimate given the unjust threshold system. And it was a valiant idea to try and appeal to the young, poor and disengaged people who stay home in their droves on election day. But as it turned out, the experiment failed. It looks like turn-out-per-enrolled-voter was only slightly up this time, Internet Mana’s vote was only slightly higher than Mana’s last election, Hone lost his seat so Internet Mana are out of Parliament, and the Key government is returned with an increased majority. So I was totally wrong about the strategic value of the Internet Mana alliance.

I was wrong because I underestimated the backlash of dominant opinion in NZ against Kim Dotcom (not so much when he was a victim of the US-style-US-instigated illegal police raid, but certainly after he started trying to throw his own power around). This felt its effect in a few ways:

Kim Dotcom clearly has no idea about NZ culture, and the NZers he had alongside him (Laila Harré, the Mana people, Bradbury, Edgeler etc) should have known better, just as I should have.

To Dotcom’s credit, though: tonight he’s acknowledged that he poisoned the party with his toxic brand. (His concession speech is in stark contrast to Cunliffe’s denial. If Cunliffe had said he’d have to go back to his party and see who they wanted to continue leading the party, they may have let him stay on. But saying he’s going to hold onto the leadership probably guarantees he’ll be rolled… the only thing leaving him there is the fact they don’t have anyone better).

I’m not going to say I was wrong to vote Internet Mana, but I was definitely wrong not to realise the experiment would actually make Key more likely to be re-elected, not less.

(Of course, there are other reasons for tonight’s result too: Labour’s bitchy in-fighting, lack of consensus about what they stand for, and general incompetence; National still being extremely good at PR; a docile and blatantly biased mainstream media; dominant “common sense” in NZ being a lot more in line with National’s confident neo-liberalism-with-lip-service-to-welfare-state than anything any other party’s offering; etc. And of course it’s ridiculous that Kim Dotcom and Hone Harawira – whose policies are quite normal in Germany or pre-1984 NZ – are seen as dangerous extremists while ACT are seen as acceptable coalition partners and the Conservative joke party won around over 85,000 votes. But it would be denial to blame the media and dominant ideology entirely – the various mistakes of the left-of-NZ First also played a significant role).

PS: I was also wrong about the polls – turns out they were actually biased AGAINST National this time. Or maybe the media were right that the Moment of Truth aftermath and Dotcom backlash actually gave a bump to National. Or maybe soft National voters / Labour voters without hope freaked out when there was a last minute turn away from National and it looked like Winston Peters or Colin Craig might be in government? It’s impossible to know.

PPS: I was also wrong to spend so many hours writing blogs during the last parliamentary term. This will be my last blog for Cut Your Hair, at least for the foreseeable future. Thanks all readers and sharers and commenters etc; it’s been cathartic if nothing else.

David Cunliffe is the new Labour leader and hopefully the next prime minister.

Since Cunliffe already had a majority in the first round, run-off voting wasn’t triggered (if it had been, about 2/3 of Jones’ votes would have gone to Cunliffe – see below).

The Standard and The Daily Blog are stoked.

(These numbers from Labour’s press release. The Herald and Martyn Bradbury have it wrong for the breakdown – they’ve misread the admittedly confusing press release, so they’re incorrectly reporting the second round instead of the first for the breakdown.  UPDATE 16/09/2013 – They’ve both corrected it).

(IF A SECOND ROUND HAD BEEN TRIGGERED:

The next job will be reshuffling the shadow cabinet – not sure if this is still entirely the leader’s decision? I think Robertson and Jones should be given high-ranking positions, and the rest of the top 20 should mostly be filled with people from the third and second factions listed here.

For my opinions on all this see my last blog.

The latest Roy Morgan poll (Aug 20) shows National support down by 7%, and Labour/Greens up by 9%. Roy Morgan attribute this to the unpopular GCSB bill.

Even Christian Right radio have reported this.

So why are Stuff ignoring it?

Instead they’ve only reported their own poll the next day. The results showed a more modest leftward shift (National down 1.1%, Labour down 0.3%, Greens up 1.1%, NZ First down 0.4%). But the reporting emphasises Labour’s failure to increase its support, and National’s resilience to maintain its support! They also speculate about future woes for Labour, heap praise on the Conservative party and don’t mention the Greens’ rise.

Why does poll reporting matter? In 2011 we had the lowest election turn-out since the 1880s after the media told us constantly for 3 years that John Key was wildly popular and the election was a no-contest.

It’s been obvious for a while that Stuff loves John Key as much as Cut Your Hair fundamentally disagrees with him. But you could have attributed that to an uncritical, stupid, lowest-common-denominator corporate ‘political’ media caring more for cults of personality than politics.

It’s not possible to claim that anymore. Congrats NZ, we have our very own Daily Mail.  And they own most of our newspapers.

(PS: Even with their bias, Stuff seem quite critical of the GCSB bill, and their poll shows three-quarters of us are worried about it.
PPS: With one-seat majorities for such important legislation, the election definitely wasn’t a no-contest.)

The spectre of a possible leadership challenge in Labour isn’t going away as long as David Shearer remains incoherent, visionless and powerless against John Key.  A lot of good stuff has been said about this whole mess by The Standard, Tumeke, Chris Trotter, Gordon Campbell, Brian Edwards etc, but I want to highlight one sad result of the ongoing dominance of the caucus by the old guard, anti-democratic, right-leaning, “Anyone but Cunliffe” clique.

Most notable among these demotions is Lianne Dalziel, who goes from list rank 14 to the unranked back benches with Cunliffe and most of his other supporters.  This is a slap in the face to Dalziel who has been a tireless advocate for Christchurch, and an advocate for the East and the people against Brownlee’s support of big business in the recovery.  Unfortunately for her, she has also been an advocate for the democratisation of the Labour party and for a return to its left-wing roots.  The only two Canterbury-based MPs in Labour’s top 20 now are Clayton Cosgrove (who has no earthquake-related portfolios) and Megan Woods (who moves off the back benches to number 20).

Of course, the lack of Christchurch representation in Labour isn’t new.  Christchurch people, who tend to be more working class than Auckland or Wellington, are more left than liberal; that is, they seem to be more attracted to a classic left politics of economic justice, as embodied by the last great Christchurch prime minister Norman Kirk, rather than the liberal identity politics that Labour has turned to since Kirk’s time.  I’m a lot more supportive of Mana and the Greens than what Labour have become, but I’d still hope that Labour would prioritise the Canterbury region at the moment.  If they really want to win back the city, they should be articulating a powerful people-first alternative to Brownlee’s way of doing things – not to mention to school closures and the steamrolling of ECAN.

I’ve remarked before that “Anyone but Cunliffe” should apparently be taken in its full possible meaning: “Key rather than Cunliffe”.  It’s very sad that it apparently also means “Brownlee rather than Dalziel”.

Here’s the full numbers for the reshuffle; list and portfolios are here, I’ve noted promotions, demotions, locations and (suspected) factions/cliques.  Sue Moroney is the only exception to the general pattern.

‘Cunliffe’ supporters are taken from TV3’s Patrick Gower, so should be taken with a massive grain of salt.  ‘Old Guard’ are taken from bloggers Chris Trotter and The Standard, who seem to have have been a lot more honest on these matters than the mainstream media (please note this conflates various groups that don’t necessarily fit together neatly: the ‘old guard’, opponents of democratisation, neo-liberals or those fearful of returning to the left, and supporters of Shearer).  The rest all most likely support Shearer, but have been less vocal about it.

Remainder of Caucus listed by length of time in the House

Have you noticed that every time someone confronts National with a statistic showing that things aren’t going well (it’s happening increasingly often), they have the same cryptic response?  They feign disbelief, and reveal that according to “The figures I’ve seen,” or “the numbers [Key] had seen,” or “The advice his government had received,” or “some of the other indicators,” exactly the opposite is true!

Whatever this alternative information source is, it has such a powerful effect on the government that they were “very surprised” that unemployment rose again last month.  According to the information available to the rest of us, of course, this is no surprise – it’s been rising all year.  But apparently when you have “the information WE’RE seeing”, the job market is “jumpy” or “bouncy” or “grumpy” or some other anthropomorphic euphemism to render statistics, truth and accountability completely meaningless.

So, I’m really curious to know: What is this mysterious “information WE’RE seeing” that the government are getting their ideas from?

Or these – National Party Pills? 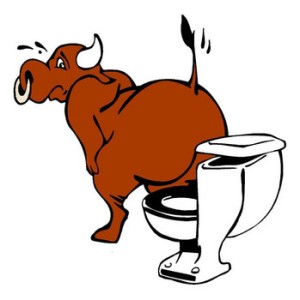