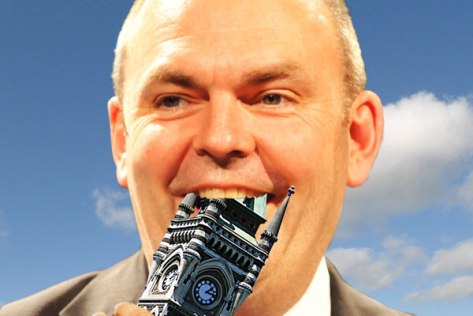 You might think tough economic times are a good time to do some study, but that hasn’t been true under this government. This week my union showed clearly and simply the damage Steven Joyce and National have done to tertiary education since 2009:

Step 2) Therefore, staff:student ratios have worsened at all our universities.

Step 3) All our universities have decreased their world ranking scores, and these drops are “closely related” to the worsening staff:student ratios.

Steven Joyce supposedly has a master plan for tertiary education – but it’s basically just funding cuts, along with shipping in more international students to make up the funding, more postgrads (but no more student allowance for postgrads), making governance corporate rather than democratic and making tertiary study less a critic and conscience of society, more a skills factory for the economy. The above stats clearly show it’s not working. Lincoln University has followed Joyce’s formula more closely than any other university in NZ. They’re not included in the above data because there’s not enough information available – but they’re in deep trouble economically at least.

The national students’ union, NZUSA, suggests a very different approach – funding full fee scholarships and support services for the first in any immediate family to get a degree. It would cost $50 million a year, surely a bargain in terms of the benefits it would bring: obviously it’d be great for the students and their families, and for building a fair and socially mobile society, but it’d also reap huge dividends for the economy by utilising people and talents that usually fall through the cracks. What Steven Joyce claims to want – tertiary education to benefit the economy – would be better achieved by this than by his exactly opposite approach.

PS: The obvious objection is “but money has to come from somewhere! If they didn’t cut tertiary education funding, something else would have lost out!” To which I say: correct… Perhaps anti-democratic irrigation schemes or anti-environmental motorways or anti-poor tax adjustments should have lost out.

PPS: I wrote the title of this blog before I found the above picture on critic.co.nz. Surely there’s something wrong with your tertiary education policy when it leads at least two people to independently describe you as chowing down on universities.