Generation Zero have just released an article suggesting “You can do Both … Vote Centre-Right [and] Care About Climate Change.”

They offer three ways this is supposedly possible… in reverse order:

3) Don’t Vote for ACT or the Conservatives (which is true, but kind of like saying if you care about people, don’t murder anyone)

2) Consider party voting United Future, Maori or New Zealand First (OK, those parties do/will prevent some of National’s most extreme policies, but you’re still actively blocking the possibility of a Prime Minister who’s actually sure he believes in climate change)

And worst of all:

1) Vote for National but make it clear that you care about climate change (Sorry, No.)

They seem to have forgotten their own previous release about how Bill English (deputy PM and the guy basically in charge of everything except selfies and smear campaigns) thinks climate change is “a non-issue at the moment, because there are more pressing concerns,” and wants to adapt to climate change after the effects are felt rather than mitigate against it now.

If you doubt their anecdotal account, English later confirmed in Parliament that he did say it, and does think it. Besides, it’s entirely consistent with National’s record. They provide little more than lip service to climate change – and often not even that: they don’t even answer questions about it, including Generation Zero’s!

The truth is: If you want to vote centre-right and care about climate change, vote Green. In global and historical context the Greens and Labour are centre-right. (National are hard right and ACT have no place being mentioned in a blog with the word “centre” in the title).

However, it’s doubtful whether a “climate voter” can vote for any party that supports sustaining the capitalist system, given that capitalism is based on an unavoidably anti-environmental premise: that we can have infinite growth in a finite world. Sorry, that’s not possible, and neither is prioritising both Creation and Mammon. 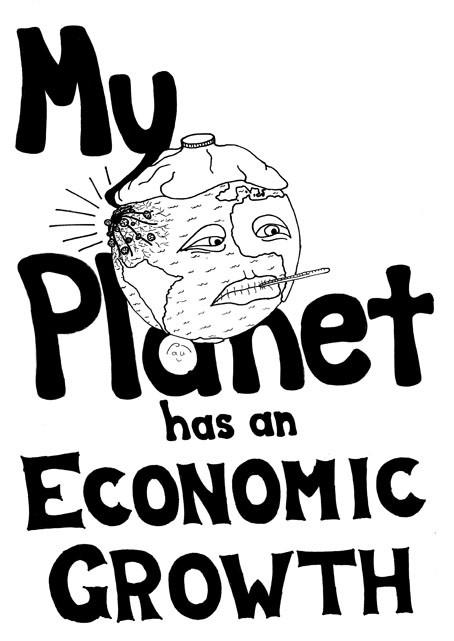